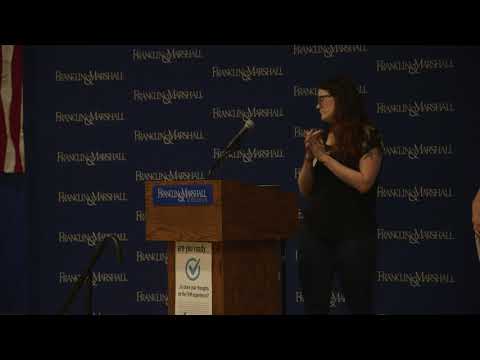 BethAnn McLaughlin will speak at Common Hour on the costs of sexual harassment to science and society, what institutions and individuals can do to disrupt the culture of sexual harassment, and why it’s important to get into what John Lewis calls, “Good Trouble, Necessary Trouble.” She will be joined for her visit to campus by a board member of #MeTooSTEM.  Together, they will be available as a resource for staff & administrators with interests in our sexual harassment policy as well as for science faculty (meals are planned with each of these groups during the visit). In addition, they will hold a safe room session open to all individuals in our community who are survivors of sexual harassment and assault (light refreshments will be provided in the safe room). McLaughlin earned her undergraduate degree from Skidmore College and her PhD in neuroscience from the University of Pennsylvania. She is a prolific scientist whose NIH-and EPA-funded research focuses on the responses of neural systems to stress and injury; her H-index is 28. However, she has risen to national prominence over the past two years not because of her research, but as a result of her tireless activism to bring to light the culture of sexual harassment in STEM and demand consequences for serial harassers (“harassholes”). Her activism was sparked by serving as a witness in a Title IX case supporting her students’ experience with a serial harasser in the Vanderbilt Medical school. Operating primarily on Twitter, Dr. McLaughlin subsequently led the campaign causing Rate My Professor to remove the chili pepper rating of professors’ “hotness” and was actively involved in convincing the American Association for the Advancement of Science (AAAS), National Science Foundation (NSF), National Academy of Sciences (NAS), and National Institutes of Health (NIH) to acknowledge that sexual harassment was major problem in STEM. When the NIH director apologized publicly for not doing enough to stop harassment in science, he explicitly credited McLaughlin for her advocacy and agreed to report the actions NIH has taken to discipline those found guilty of harassment. Dr. McLaughlin has persisted in this important advocacy work at substantial personal cost to herself and her family, including the administrative reversal of her tenure decision and death threats including photos of her house. The Society for Neuroscience awarded her the Louise Hanson Marshall Special Recognition Award in 2018 for her work to advance women in Neuroscience. She, along with Tarana Burke and Sherry Marts, also received the 2018 MIT Media Lab Disobedience Award. She used part of the MIT award money to establish MeTooSTEM as a nonprofit. The MeTooSTEM community (https://metoostem.com/) collects stories of sexual harassment survivors, serves as a resource for those involved in sexual harassment complaints, and advocates for a more inclusive culture in STEM. This event was proposed by Meredith Bashaw and is sponsored by the Andrew W. Mellon Foundation; the Harnish Endowment Fund; the departments and programs of Biology; Biological Foundations of Behavior; Business, Organizations, & Society; Chemistry; Earth & Environment; Math; Physics & Astronomy; Psychology; Public Health; Scientific & Philosophical Studies of Mind; and Women, Gender, & Sexuality Studies; as well as the Faculty Center, the Office of Student Affairs, the Alice Drum Women’s Center, and the Office of Student and Postgraduate Development.

Protected Lands: The Paradox of the Cultivated Wild 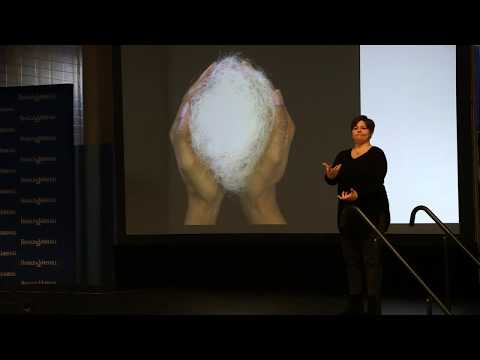 Sonya Clark Artist and Professor of Art and the History of Art, Amherst College American artist...