Carol Auster arrived at Franklin & Marshall College in 1981 as the second member of the inestimable quartet of Joel Eigen, Howard Kaye, and Katherine McClelland, who were departmental colleagues for more than 30 years and brought F&M's Sociology program into the 21st century. Early on, Carol made her mark when she taught the department's first Sociology of Gender course, soon a mainstay of the curriculum. She also took to heart the lessons of her course, Community and Connectedness, and always aspired to turn her classroom of students into a community. In her upper-level courses, she took particular delight in helping students transform their ideas into feasible research topics and then guiding and supporting them throughout the research process.

That cooperative, collaborative spirit that winds through much of her work led Carol to co-authored published articles with her students, her department colleagues, and even members of her family. In truth, academia is a bit of a family business for Carol. Her parents were both professors, and she has published co-authored articles not only with her father, but also with each of her daughters.

Carol's more than three dozen published articles and reviews are wide-ranging, from a gender analysis of Disney toys and later Mother's and Father's Day cards, to an analysis of the inscriptions on 2,695 memorial plaques at the Lancaster Pet Cemetery, to women as engineers, ice hockey players, motorcyclists, and more. Several threads run through her research, including an interest in women in gender-atypical occupations and leisure activities and the gendering of cultural objects. Other articles reveal her concern for the improvement of academia, including articles on faculty ethics, classroom dynamics, and pedagogy.

A longstanding interest in gender and work led to Carol's willingness to conduct research on F&M by taking the lead on the 2010 and the 2015 Gender Climate Reports. Her governance activities also included service on the Professional Standards Committee and as department chair. In these and other positions, she played a crucial role in making F&M a better, more welcoming place.

One of Carol's signature attributes has been her willingness to help others find their way. She always, always gives back. Her younger colleagues regularly took advantage of her open door and peppered her with endless questions about how the College worked. She was the POSSE mentor for the class of 2014, and she is well known for staying in touch with former students for many years after they graduate, offering both advice and friendship. This is Carol in a nutshell—unfailingly compassionate and giving of her time to students and colleagues alike.

Winner of the Christian R. and Mary F. Lindback Award for Distinguished Teaching in 2011, Carol Auster embodies our highest ideals and achievements as a teacher-scholar. Over the course of her nearly four decades at Franklin & Marshall College, she has mentored generations of students, fostering a love of learning and the liberal arts that will endure throughout their entire lives. 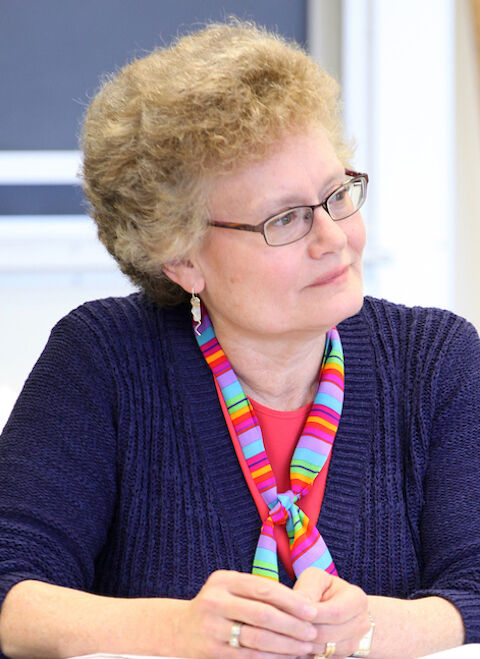