Films are shown on Tuesdays and Wednesdays in Stahr Auditorium (Stager Hall) starting at 7 p.m. All films have English subtitles. Admission is free. 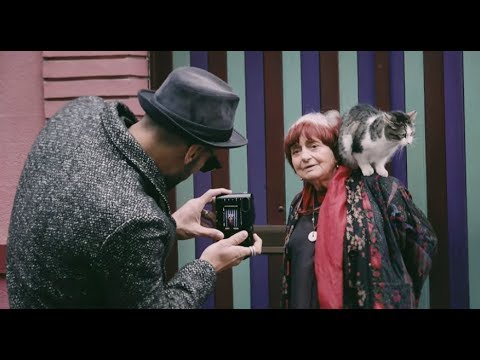 With Faces, Places, 89-year-old powerhouse Agnes Varda teams with the world-famous young street artist JR to make a film as wide-ranging as it is personal, as fanciful as it is pointed. Setting off on French country roads to find subjects for JR's trademark mural-size portrait photographs, the two artists focus on people generally outside of the spotlight: retired miners, factors workers, the wives of dockers, and farmers. Each encounter fills in another piece of an idiosyncratic portrait of modern-day France, as well as the evolving relationship between open-hearted Agnes Varda and mysterious JR. The give-and- take between Varda and JR plays out in a fascinating through-line devoted to Jean-Luc Godard, Varda's old friend and sole surviving colleague of the French New Wave. But make no mistake: while the film is credited to both artists, Varda is definitely calling the shots. As ever, her montage is allusive, playful, rapid-fire, occasionally jarring-in short, totally in keeping with her singular way of thinking. Her generosity in sharing her life and thought with us deep into old age is a cause to rejoice. Faces, Places was nominated for an Academy Award for the Best Documentary of 2017. 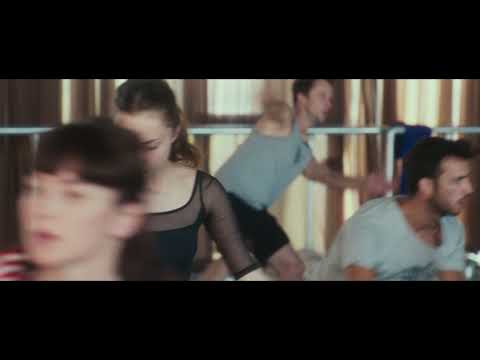 Polina is the first feature by leading French choreographer Angelin Preljocaj, written and directed in tandem with documentarian Valerie M uller. Fittingly, it is the story of a young Russian ballerina's discovery of contemporary dance. Starring Anastasia Shevtsova , a nineteen-year-old
ballerina from Saint Petersburg who learned French to play the titular part of Polina, the film is a gripping insider's look at the worlds of ballet and contemporary dance: the sacrifices, competition, and physical pain, and the thrill of stepping on stage. But it is also, and most importantly, a coming of age story, the tale of a young woman forging an artist's path by learning to look at the world in her own way. This path takes Polina from a classical ballet academy deep in Russia to a contemporary dance company in Aix-en-Provence, and finally to an independent, more productive creative life in Antwerp, a hub of the European dance scene. Mixing professional actors such as Juliette Binoche and leading dancers such as Jeremie Belingard, a former danseur etoile at the Paris Opera Ballet, Preljocaj and Muller pull off the rare feat of telling a story that feels documentary in its detail and sweepingly romantic in its narrative arc. 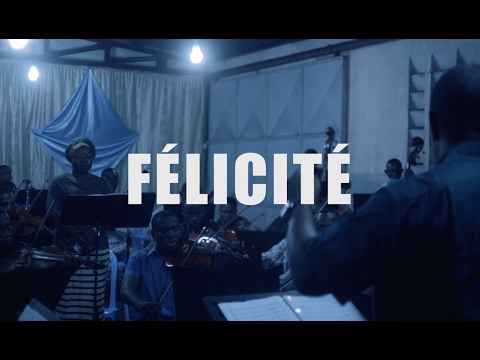 Félicité is a nightclub singer in a little bar in Kinshasa who lives alone with her teenage son Samo. When Samo severely injures himself in a motorcycle accident, Félicité must find a way to raise the money to pay for an operation or allow her son's leg to be amputated. The originality and power of French-Senegalese director Alain Gomis's fourth feature lies in the way it transcends this simple against-the-clock narrative, the kind of story that has driven films of  social realism from Bicycle Thieves to the Dardenne brothers, to create a shifting, complex portrait of the struggles, joys, and imagination of a modem-day heroine- and by extension, of the city she lives in. Filming in the Democratic Republic of Congo, a country previously unfamiliar to him, Gomis confirms the tremendous promise of his earlier films, walking a porous line between dream and waking life, magic and bureaucracy, observation and fantasy, that at its best suggests a new cinematic language. Alive with the diverse sounds of various Kinshasa musicians, Félicité is an engrossing, deep dive into the days and, especially, nights of a city by turns nightmarish and surprisingly radiant. 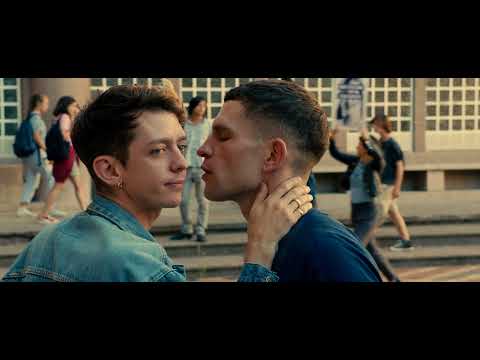 BPM is a fictionalized account of the history of Act Up-Paris, the triumphant true story of some of the great heroes of our era: the men and women who fought for the recognition and improved treatment of HIV and AIDS patients at a time when a diagnosis was a death sentence. As an original member of Act Up, writer-director Robin Campillo brings a detailed, thoroughly researched authenticity to his reconstruction of the activist organization 's politically and emotionally charged group meetings, its colorful protests, and the intimate relationships that bound the tight-knit group together. Yet BPM is anything but a dry history lesson: Campillo intelligently divides the film in two sections, the first of which establishes Act Up's historical importance by focusing on its internal dynamics and political actions, while the second delivers the emotional punch of its impact on individual fates through a love story between two of its members, one of whom is dying of AIDS. In crafting this remarkable elegy, Campillo achieves a rare blend of celebration and outrage, remaining true to the activists' determination, humor, and youthful vibrancy. Above all, BPM is a remarkable testament to the power of regular citizens to effect change by banding together to demand justice. 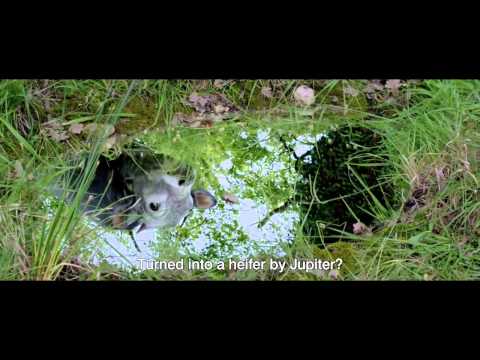 Arthouse favorite Christophe Honoré takes a surprising and invigorating turn away from his bittersweet tales of modern-day love with this contemporary adaption of Ovid's Metamorphoses. Honore's take on the Roman poet's essential narrative poem is anything but a stuffy tribute beholden to a classic work of literature: on the contrary, he uses Ovid to portray the multicultural France of today, setting his story not only in lush natural landscapes but among the housing blocks of the French suburbs, and casting a high school student of North African descent in the central role of Europa , the young woman who encounters a series of gods and mythological characters. Naturally, Ovid's work is not adaptable in its entirety-it features over 250 myths-but Honoré is true to its spirit, selecting representative tales including those of Orpheus, Narcissus, and Tiresias, played here as a transgender doctor. He also makes a virtue out of working with a low budget, implicitly underlining the wonder in everyday life by avoiding special effects and finding simple means to portray transformations and deities. The outcome is a light, lyrical film, whose unforced sensuality and formal rigor is reminiscent of nothing less than Pasolini's great literary adaptations.

In The Workshop, acclaimed writer-director Laurent Cantet takes an illuminating approach to a variety of key issues haunting contemporary France. Olivia, a successful Parisian novelist, has been hired to spend the summer in La Ciotat, a beautiful but economically battered town on the Mediterranean, teaching a writing workshop for a diverse group of young people whose only common denominator, as is so often the case among twentysomethings in the French provinces, is that they are unemployed. Among them are an emancipated but religious Muslim woman, students proud of their region's strong but declining history of labor movements, recent immigrants, some hedonists focused on the next party, and Antoine, a strikingly intelligent, confrontational young man with affiliations to extreme right-wing groups. Through class discussions and the conflicts that ensue, Cantet presents an unflinching look at the delicate integration of conflicting religious and cultural beliefs in a period plagued by the threat of terrorism. And as Olivia attempts to understand what brought Antoine to embrace a reprehensible ideology, The Workshop builds into a breathtaking thriller that deftly avoids formulaic answers to provide startling insight into a situation that applies far beyond France.