More than 30 years later, the shock is still evident in the voice of Dana Amendola ’82. The vice president of operations at Disney Theatrical Group pauses as he recalls the moment Gordon Wickstrom, the iconic F&M professor of theater, asked him to play Native American chief Sitting Bull in a production at the Green Room Theatre.

“I had always played comedic roles—the wise guy,” Amendola says in his office at the New Amsterdam Theatre in Manhattan. “Gordon Wickstrom thought I could do more. Sitting Bull was a serious role, and when I asked why I was offered the part, he said, ‘Because that’s who you are.’ You never plan for the biggest moments in life, but you do have a choice: you can grab them, or miss them completely. For me, this was a defining moment.”

Amendola was a hit as Sitting Bull, catching the attention of professors at Villanova University’s Department of Theatre, where he enrolled in a master’s program on a full scholarship the next year. It marked the beginning of a journey that has led him to the bright lights of Manhattan’s Theater District and a career in live theater restoration and production. A member of the original restoration team of the New Amsterdam Theatre—owned by Disney Theatrical Group—he has led the revival of several theaters on both sides of the Atlantic. He’s also handled operations for a wide range of Disney Broadway productions, including “Beauty and the Beast,” “The Lion King,” “Aida,” “Mary Poppins” and “Aladdin,” and is part of the team bringing “Frozen” to Broadway in 2018.

His career at Disney began in a pair of “good, thick boots,” he says. That’s because the New Amsterdam—Broadway’s largest theater in the early 20th century and once home to “The Ziegfeld Follies”—had become a waterlogged mess after years of disuse. “It was something out of ‘Indiana Jones and the Temple of Doom,’” he says.

But Amendola and others could sense the beauty hidden behind the muck. He says the key to restoring the New Amsterdam, and others around the world, was meeting people who worked and performed there. He speaks fondly of his many conversations with Doris Eaton Travis, the last surviving “Ziegfeld Girl.”

“Some of the most famous names in early 20th century politics needed an escape route to meet up with their favorite Ziegfeld girl while avoiding the paparazzi,” Amendola says. “Doris showed me a secret tunnel beneath 41st Street that went out to a ship’s ladder that ascended to a newspaper kiosk. Although the kiosk is long gone, the tunnel and ladder are still intact. There’s only so much you can glean from a blueprint. Doris provided the heart.”

Amendola is also a published author, having recently completed “All Aboard: The Wonderful World of Disney Trains,” with the help of his friend and fellow train buff John Lasseter, chief creative officer of Pixar and Walt Disney Animation Studios. “I wanted to be an engineer on a steam train, but there were no courses for that at F&M,” he says with a laugh.

Instead he majored in English and art, and spent countless hours at the Green Room Theatre with legendary professors Wickstrom, Hugh Evans and Ed Brubaker ’49.

“I always felt I had to exceed their expectations,” he says. “Hugh Evans said to live life with immediacy, and boy, was he right. Be it on Broadway or the Green Room, you need to live your life in the here and now, and always keep moving forward.”

During a visit to campus sponsored by the Franklin & Marshall College Office of Student & Post-Graduate Development in February 2016, we asked Amendola to offer some advice to students and recent graduates. 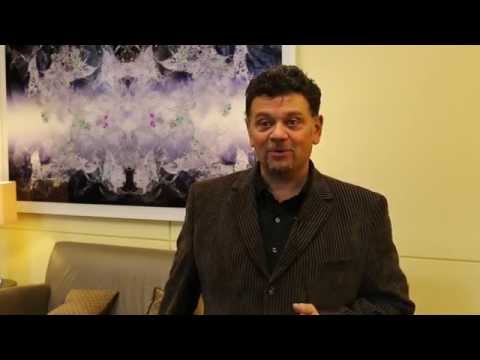 Memories of Spring Arts on Hartman Green, the Quad and...

Certainly the high point of the festival was the outdoor concert featuring Melissa Manchester,...

Before Pandora and Spotify, college radio literally consisted of two turntables and a microphone.

A Portrait of the Artist as First Lady