How is a changing climate affecting the cloud forest ecosystem? An F&M professor and her students scale heights to find out.

It’s the first warm day of spring in Lancaster, and a handful of Franklin & Marshall students are tethered high among the treetops in a wooded area tucked beyond the Baker Campus athletic fields along Harrisburg Pike. Sixty feet below are their classmates, offering encouragement and instruction as the music of songbirds fills the air. And swinging from the trees with a broad smile and watchful eye is their delighted professor.

While certainly a high-spirited adventure, this day is designed as a rehearsal, ensuring that the students are ready for a summer research project that will test their physical stamina and problem-solving skills.

“The first day is always a rude awakening,” says Sybil Gotsch, assistant professor of biology at F&M, as her students grumble about needing to return to the gym to work on their cores and quads. The team will train at the College’s Baker Campus each week until the students can scale the heights with ease in preparation for a truly hands-on research project this summer in the mountains of Monteverde, Costa Rica. They hope to build on work done by F&M students in the summer of 2013 in the tropical montane cloud forest—a moisture-rich environment, often enveloped in mist, that supports a complex ecosystem 4,660 feet above sea level—gathering data that could answer questions about changing global climate.

Their days in Costa Rica will be shrouded in perpetual dampness 100 feet above ground in the foggy canopy of trees as they investigate the movement of moisture through epiphytes, or “air plants,” living among the branches. Gotsch and her students are climbing to reach what she calls the “low-hanging fruit” of original scientific research. They will slog through mud and carry more than 500 pounds of equipment to the site before placing hundreds of sensors in the treetops to measure plant responses to moisture levels—all in an effort to determine how environmental conditions are affecting the cloud forest ecosystem.

“If we get an answer, it’s a novel answer,” Gotsch says. “We don’t know a lot, because who wants to go out and do it? Who wants to get this muddy?”

It may be dirty work, but clearly F&M students relish the opportunity to dig deep—or climb high—to answer unexplored questions. It’s why Alexander “Lex” Darby ’15 chose F&M. “I think this is work that a grad student would be doing,” he says. “I came here to do research of this nature, although, of course, you have to be comfortable in a tree to do it.”

“And you have to love plants,” chimes in Mackenzie Dix ’14. “Last year in Costa Rica, we had the chance to work through protocols and try to figure things out with our professor because everything that we’re doing has never been done before.”

Speaking for the Trees

The epiphytes growing in the canopy of the Monteverde cloud forests are indicator plants, which serve as markers of environmental conditions. As climate change raises the average altitude of the clouds, the moisture needed by the epiphytes lifts just out of reach, leaving them vulnerable.

The Costa Rican epiphytes comprise a vast community of plants including mosses, vascular plants such as orchids, bromeliads and ferns, among many others. Gotsch says the epiphyte canopies create microhabitats for other organisms and store water and nutrients that can provide important inputs to the ecosystem.

“I think scientists and the public appreciate the tropical montane cloud forests because they have such high biodiversity,” Gotsch says. “On the other hand, it’s harder for people to appreciate the role that this forest, and specifically the canopy plants, have on processes like water cycling.”

Gotsch says that a deeper understanding of this influence can help shape public policy and steer economic decisions. “I’m not only passionate about understanding how plants do what they do, but I feel responsible for doing something meaningful,” she says. “How important are epiphytes to water cycling? We basically have huge bushes in the trees, and if you were to get rid of them, you’d have a completely different forest. But what does that mean? We hope to put a number on the importance of a community that nobody sees.”

Last summer’s research focused on the verdant moist heart (what Gotsch refers to as the “Ritz”) of the tropical cloud forest. The students affixed and monitored sensors throughout the canopy in efforts to study the ecophysiology of 14 common vascular epiphyte species. They found that the epiphytes take advantage of the water in clouds and fog to offset water loss due to transpiration. In one month, the plants replenished 70 percent of the water lost due to transpiration by reabsorbing water through the leaves. “Our work showed that the canopy community might be quite dependent on cloud water for its continued survival,” Gotsch says.

This summer, the questions go deeper. Gotsch wants to know what happens when climate change lifts the clouds too far above the canopy for the epiphytes to draw sustenance.

“If you go 10 minutes down the mountainside where there’s less cloud cover, it’s a very different forest,” she says. “I’m interested in studying how epiphyte communities change as precipitation and cloud cover changes and whether we see differences in ecological strategies to cope with drought in different sites.”

What’s happening further down the mountain may point to what could happen in a drier future, not only for the canopy epiphytes, but also for the entire ecosystem.

Balance in a Changing Environment

The drought-stress response of plants may be the focus of the summer research, but the F&M team is also looking at the effects of climate and land-use change on the broader biological community. By studying the differences and adaptations of plants, the team hopes the research will illuminate evolutionary strategies in response to a changing climate.

“Comparing the functional traits of similar species in these different locations will give us insight into how certain species are affected by changes in climate, and whether they’ll be able to survive these changes,” says Andrew Glunk ’15, who will return to Costa Rica for his second summer of research. “This is important because our study site (Monteverde) has documented decreases in cloud cover and rainfall, two things essential to epiphyte life.”

Other members of the team are working diligently in Lancaster, crafting experiments in the lab by creating their own clouds. In the College’s Steinman Plant Growth Facility, Dix is working on an independent study project measuring how plants absorb water from the air and their responses in the absence of available moisture. To test these responses, she had to figure out how to craft a fog box to simulate cloud forest conditions. With engineering help from F&M electronics engineer Steve Spadafore and a modified fan, she connected sensors to plant stems so she can see what happens when she subjects the plants to drought conditions and then offers them a cloud bath.

“I’m trying to see how important cloud water is to plants under stress,” she says. “If they don’t get water from the soil, will they rehydrate through their leaves?” She’s discovering that plants experiencing drought react differently. “I didn’t really appreciate how much original research I’d get to do as an undergraduate,” she says.

It’s this hands-on approach that has always inspired Gotsch, and it’s what she loves sharing with students. Her own desire to become a biologist should have come as no surprise to her family. As a child she wanted to live her life outdoors, collecting pressed leaves she gathered and creating her own textbooks. When a high school biology teacher took classes outside for real-world lessons, Gotsch knew she had found her calling.

“That moment it hit me. I can go outside and learn about how the world works. I can understand what I see in a forest,” she recalls. “Once you walk in the forest with the veil lifted, everything changes.”

That inspiration fuels all of her research. Rather than shy away from physical, messy fieldwork, she embraces it.

“People say, ‘Don’t you worry about getting hit by lightning in a tree?’ But I feel so lucky,” she says. “This is my cathedral. By bringing my students, who are so talented in so many disciplines, to this incredible place, they can help me describe the majesty.”

Is a global chocolate shortage on the horizon? An F&M graduate works with West African farmers as...

Ten Years After Its Founding, F&M Student Group “IMPACT” Takes Its Model Across the Country... 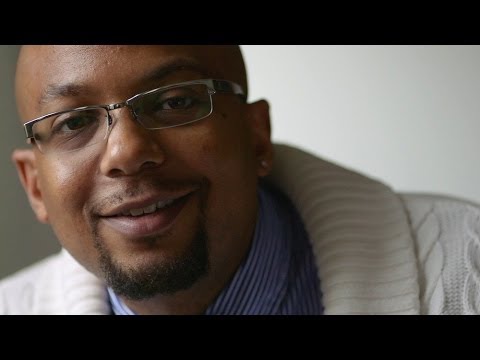