Violinist, Michael T Jamanis received a Bachelor of Music from The Juilliard School, a Master of Music from Yale University, and a Doctor of Musical Arts from Rutgers University. He has been the recipient of numerous awards throughout his career, including the Lincoln Center, Victor Herbert, Metro-Media and National Federation of Music Clubs Awards. He has appeared as a soloist on NPR radio and PBS television. He is a founding member of the acclaimed Newstead Trio and has performed in major concert halls worldwide as a soloist and chamber musician.

While at the Pennsylvania Academy of Music for nearly two decades, Jamanis chaired the string department, directed the senior orchestra and Satellite Schools program, and established a summer string institute that became the international chamber music festival known as Vivace.  Since 2008, Dr. Jamanis has been featured in international music festivals in Italy France, Belgium and Germany. At home in Lancaster he performed the entire cycle of Beethoven Sonatas and curated a chamber music series.

In addition to his work as a chamber musician, Dr. Jamanis performs with Inspira: The Power of the Spiritual, a multidisciplinary performance project that emphasizes improvisation, spoken word and movement.

In addition to a distinguished performing career, Dr. Jamanis has been instrumental in offering musically enriching experiences to diverse students and communities, from inner city schools to colleges, from community centers to music conservatories.  Jamanis directs the “Music in the Schools” program sponsored by Music For Everyone. Funded by the public and private sectors, this innovative program engages professional musicians and student mentors to enhance the music programs at primarily inner city schools. Jamanis is also  director of the string program at Lancaster Catholic High School School and a senior adjunct assistant professor at Franklin and Marshall College. 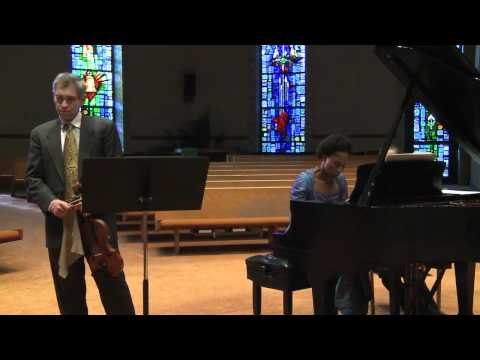