Sky Supremacy: Learning to Fight the Air War over Europe

Through trial and error, the U.S. Army Air Forces — precursor to the U.S. Air Force — fought World War II. Aircrews had to learn how to fly new, technologically advanced airplanes and how to fight a resilient, resourceful foe in the European Theatre.

The question of how they did it has never been researched in depth, but a Franklin & Marshall College professor, her Hackman Scholar, and an F&M alumnus and military historian are engaged in a project to provide a comprehensive answer.

The researchers are focused on the 8th Air Force, among the first American military units to join the fight against Nazi Germany. Aircrews arrived in England in June 1942, but lacked effective dogfighting and bombing skills until some time between 1943 and 1944, Assistant Professor of Government Nina Kollars said.

"They eventually mastered their bombing by 1944," Kollars said. "Somewhere between '43 and '44, there were a lot of tactical and operational changes. How did that happen?"

Kollars' scholarship examines how soldiers use innovative practices and how the organization responds to them. She first discussed the project late last fall with rising senior Andrew Santora, a joint history and government major who was intrigued by her work and eager to assist.

"It's been a great experience to communicate with a military historian and understand how he thinks and approaches his subject," said Santora, who has pored through myriad documents during the project. "And working with Professor Kollars, a political scientist who is looking at it from an analytical perspective — it's interesting to see her approach."

In January, Kollars attended a political science teaching conference in Washington, D.C., where she met Richard Muller '83, professor of military history and dean of academics at the USAF School of Advanced Air and Space Studies, Maxwell Air Force Base, Alabama. He was pursuing a similar project and offered to collaborate.

"He said, 'There was a great deal of doctrinal and tactical and operational change for the 8th Air Force during World War II when we start fighting the German Luftwaffe,'" she recalled.

The project's cross-disciplinary approach — Muller's military history and Kollars' political science background — has been effective. The research team has found evidence contradicting a long-held view that the Air Force was slow to learn and adapt.

"I think there are a lot of things we can illuminate with this project," Muller said. "It was only a matter of months before the organization made changes. The Air Force was really just growing up. It was an adolescent."

For aircrews, part of the learning curve was handling the aircraft: B-17s, known as Flying Fortresses because they were equipped with machine gun stations to fight off attackers during bombing runs, and B-24s, called the Liberators. The 8th Air Force comprised three air divisions, but each had different planes, Kollars said.

"We also noticed in the documents that not only were they learning differently, but because the B-17 crews arrived in the theatre first and had more time to learn, the B-24 crews were forced to play catch-up. We saw a lot of frustrations and hostilities by the pilots and crewmen within the 2nd Air Division flying their B-24s against the Fortress."

At all levels, a mission's success depended on aircrews coordinating as a group once they left the airfields and staying together as a group through a bomb run, Muller said. "Formation flying was life or death in the bomber groups," he said.

This was how the Air Force organized and conducted daylight precision bombing over northwest Europe, said Santora, who assembled charts breaking down by division, wing and group the many operational components of the 8th Air Force.

The research team expects to produce several papers that will include Santora as an author. Their work could possibly lead to a book. 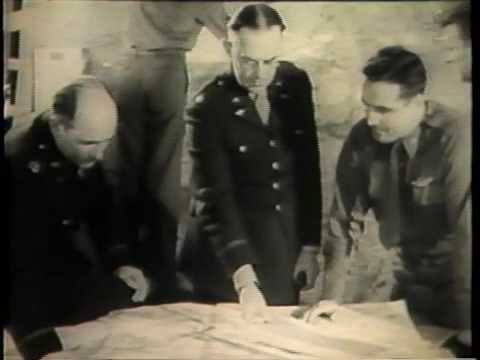 How do you measure citywide social justice?  Two F&M students spent their summer doing just that....

Nearly three-quarters, or 74 percent, of Pennsylvania’s registered voters say they are “very...

With many students’ summer plans being disrupted by COVID-19, the Office of Student and...