Students Travel to Jordan to Work with Syrian and Palestinian Refugees

Two Franklin & Marshall College students took the initiative this summer to help Syrian and Palestinian refugees stationed at a tent encampment in Jordan, where they spent a week working with families and orphaned children torn by conflict. They returned with a mission to continue their efforts and help a family obtain temporary housing.

From July 31 through Aug. 6, Sarah Hafiz, a junior public health major, and her sister, first-year Sonia Hafiz, worked through the Youth for Jordon program in the Middle Eastern desert where one aspect of the refugee crisis has been unfolding the last few years.

"The whole Syrian refugee crisis got my sister and me interested,” said Sarah, who, along with Sonia, has worked with refugees in Lancaster, the sisters’ hometown. “We noticed how important it was to help refugees in our own community, but we wanted to see the crisis up front.”

The sisters, who each participated in the “Putting It Together (in the Community)” or PIT program through F&M’s Ware Institute for Civic Engagement, were moved by what they watched and read on social media. They applied to Youth for Jordan, which was sending a group of relief workers to Al-Mafraq, where families who fled the dangerous conditions of Zaatari, the second largest refugee camp in the world, were living in tents.

In Amman, the capital of Jordan, the sisters visited a center for orphans called "Toon Town” that Sarah described as "basically like a Chucky Cheese.” They worked with children 6 to 12 years of age.

“We just played with the orphans for a few hours the first day," Sarah said.

They also visited a disability center at another refugee camp, called Gaza Camp, for displaced Palestinians. A mother they met had been born in the camp. The health and welfare needs were evident – children without shoes, people without proper dental care, to name just a two examples.

“It was the most humbling experience,” Sonia said. “I think all of us went into it at first kind of nervous because of the language barrier, but some of the U.S. relief workers knew Arabic because of their Arab backgrounds so we all connected with the kids pretty fast. I still remember the kids, every single day. I want to go back and hug them.”

Located in the northeastern part of the country along the Syrian-Jordanian border, Zaatari has nearly 80,000 refugees. It is a dangerous place; crime is common. Caravans, two-room trailers with bathrooms and barred windows to protect refugees from robbery, are available, but expensive for families living meagerly.

The sisters helped 12 families move into trailers, which cost $5,000 each, the money provided by American donors. Now Sarah and Sonia – working through the Ware Institute and Helping Hand for Relief and Development, which runs the Youth for Jordan program – have started a crowd-funding website to raise money to help a family buy a trailer.

“I really learned a lot about the refugee crisis,” Sarah said “Seeing firsthand the impact of what small things can do, even if you are helping one person, it’s equally as good.” 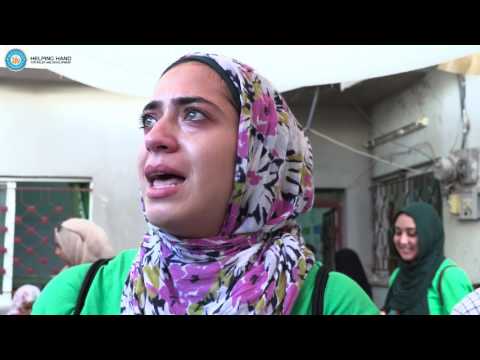 Digital Pictures for a Pandemic Exhibition

When words escape us, pictures help to understand events that enthrall the world.

Breaking the Diversity Barrier in Science

Physics helped the first aircraft break the sound barrier in 1947, but a Franklin & Marshall...