To celebrate this year’s 25th anniversary of the Japanese language program at Franklin & Marshall College, world-renowned Tamagawa University Dance and Taiko Group will perform for the first time on campus. The public concert is April 10 in Mayser Gym.

The group culminates its day at the College by delivering its thunderous taiko (drum) and dance performance that evening. The performers will lunch in the Dining Hall, where students in the Japanse language program will have an opportunity to meet them.

“They are stunningly beautiful performers,” said Kumi Omoto, assistant director and associate teaching professor of the Japanese language program. “They are university students, but they are a semiprofessional group.”

The performers are directed by choreographer and Kabuki-dance master, Isaburoh Hanayagi, a performing arts professor at the Tokyo university. In 2008-2009, Hanayagi served as the Cornell Distinguished Visiting Professor at Swarthmore College.

The group began touring the world in 1961. Every spring since 2003, they have performed at venues in New York, Boston, Washington D.C. (for the National Cherry Blossom Festival), and Philadelphia as well as colleges such as Swarthmore and Haverford.

A traditional instrument, taiko has mythological origins in Japanese folklore. In the last year, as enrollment in F&M’s Japanese language program has increased, a taiko group formed, where Ana Anderson, director of the Spanish Writing Center, teachesstudents how to play the drum.

“One of the reasons I asked the group to come here was so students could see an authentic performance,” Omoto sad. “Our Japanese students can talk to them in Japanese, ask about their college life, and the experience of performing in the United States.” 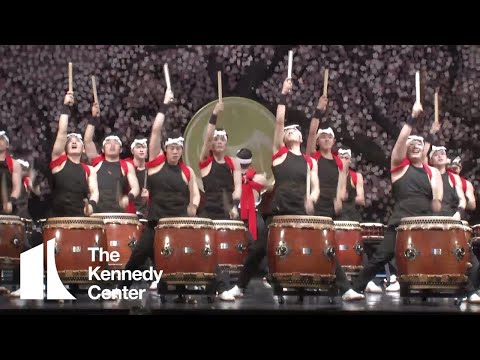