Changing the Game: 50 Years of Coeducation at F&M

At Aug. 29’s Common Hour, the new academic year’s weekly campus community discussion, Associate Dean of Faculty Kim Armstrong introduced Barbara Altmann, now in the second year of her tenure as the College’s first female president since its founding in 1787.

In her remarks, Armstrong, professor of Spanish and linguistics, said that since 1969, when Franklin & Marshall College opened its doors to coeducation, women have made their mark, on campus as students and in their chosen professional field as alumnae.

“It is impossible in this introduction to do justice to the history of those early days of coeducation or tell the stories of all the women who were among the first students at F&M in the late ’60s and early ’70s, but we honor those pioneers,” Armstrong said.

Altmann conducted a panel discussion with three game-changing F&M women before a large audiencein the Alumni Sports and Fitness Center. The alumnae were Cynthia Krom '80, F&M associate professor of accounting and organizations; Michelle Flatt '99, vice president of programs at anorganization for women in technology; and Salina Almanzar '13, photography technician in F&M’s Department of Art and Art History.

The three women shared some of their experiences and the decisions they made in determining their academic and professional careers. The Common Hour was the first “Gamechangers” event for the 2019-20 academic year; these events will celebrate milestones from the past and challenges for the future. More information and a calendar of upcoming events can be found here. 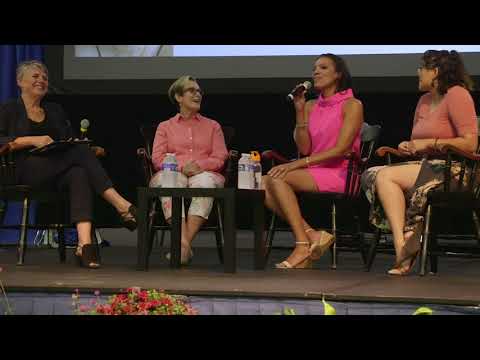