Rise of the Tweet: Scholar Distills Activism on Social Media

When Twitter first debuted in 2006, few could have predicted its rise from innocuous microblog to widespread advocacy channel.

Scholar Sarah Jackson examined how the social media platform has emboldened – but complicated – debate in the public sphere during Franklin & Marshall’s weekly Common Hour on Sept. 23.

“There’s real power in the way that marginalized groups are using Twitter,” said Jackson,  Annenberg Presidential Associate Professor at the University of Pennsylvania.

Her co-authored second book, “Hashtag Activism: Networks of Race and Gender Justice,” explores how Twitter hashtags have become a platform for historically disenfranchised populations to advance counternarratives and advocate for social change. 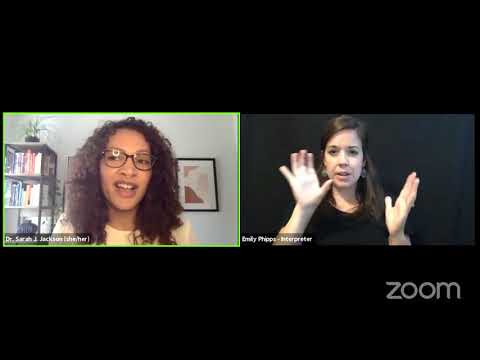 Drawing from a variety of social theories, Jackson and her co-authors, Moya Bailey and Brooke Foucault Welles, established the concept of network counterpublics.

“It looks like people telling stories from very specific identity-based communities and insisting these stories be heard and valued alongside the more mainstream, or more dominant, public sphere,” Jackson said.

She distilled philosopher Jurgen Habermas’ theory of the public sphere, a virtual or imaginary community which does not necessarily exist in any identifiable space – much like the nebulous nature of today’s social media channels.

“So many people were tagging their black squares with the hashtag ‘Black Lives Matter,’ that it was actually drowning out the Instagram posts that Black Lives Matter activists were sharing,” Jackson said.

In the hours preceding Common Hour, Jackson learned of the grand jury decision regarding the fatal police shooting of Breonna Taylor, who worked as an emergency room technician at the University of Louisville Health Center. Jackson cautioned against well-intentioned – but potentially harmful – memes that pose as unrelated content and suddenly feature Taylor’s name.

“Turning someone who was a real person, who was a victim of violence into a joke meme… actually minimized the seriousness and the severity of the calls for justice for Breonna Taylor,” Jackson said.

Prior to sharing content, she urges social media users to consider “whether or not it's simply performative or it actually works in the facilitation of offline activism.”