In a summer internship for a publicly supported project committed to making Lancaster Country carbon neutral in future years, Michele Jacobs, a Franklin & Marshall environmental studies major, worked to prioritize the top solutions toward that goal.

“She was part of a project, Regenerate Lancaster, whose goal was to take the widely circulating Drawdown Project's 100 climate solutions, and make them make sense locally for Lancaster,” Assistant Professor of Environmental Studies Eric Hirsch said.

According to the project, “drawdown” is “the point in the future when levels of greenhouse gases in the atmosphere stop climbing and start to steadily decline, thereby stopping catastrophic climate change — as quickly, safely, and equitably as possible.”

Jacobs, a junior, described her work as “researching, writing, and publishing solutions” that will lead to reduced carbon emissions and benefit the economy and community.

“This served as a valuable extension of Professor Hirsch’s Environmental Migration Lab as it focused on how to make immigrants' new communities more sustainable as efficiently, safely and equitably as possible,” she said.

Jacobs is part of a group of students who have worked with Hirsch for more than two years to interview refugees in the city's large refugee community about their long journeys to Lancaster.

“Her summer work was in part an outgrowth of that broader project that explored climate-induced migration and the remaking of home, where she and several fellow students are helping me investigate how sustainability interventions touch down in culturally unique ways,” he said.

For the project, Jacobs said she wrote and/or assisted with 14 solutions.

“Two solutions I found particularly interesting were tree intercropping and low-flow fixtures,” she said. “Tree intercropping integrates perennial tree crops into areas of annual cropping, which increases farmers’ profits, makes them more resilient, and positively impacts their land by increasing the carbon content and productivity of the soil, and reduces erosion.”

According to Hirsch, Regenerate Lancaster appreciates how the county reflects the U.S. in microcosm—its urban-rural distribution and diversity in political views. The project believes that its climate solutions have a widespread appeal across those lines of difference, he said.

“I was thrilled to see Michele hone her skills as an environmental studies major in taking abstract climate solutions and localizing them culturally in a place like Lancaster that has its own specific histories, politics and diversity,” he said.

Jacobs said she found the research “really interesting because I previously had no idea how many solutions there are, and how feasible they would be to implement with the different available resources.”

Stories from the Autumn Research Fair 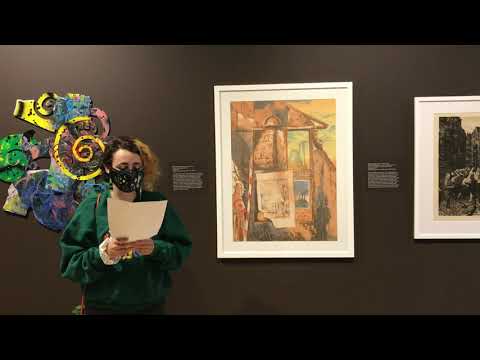