The year 1969 was a groundbreaking one at Franklin & Marshall College. It was the year that the institution became co-educational, and the first cohort of female first-year students stepped foot on a campus that had been open only to males for two-plus centuries. In 2019, F&M celebrated 50 years of co-education, which caught the curiosity of Brianna Adams ’21. She was eager to learn more about the experience of Black women during this time.

Adams started her research where all college students do: the library. She discovered a book titled Liberalizing the Mind: Two Centuries of Liberal Education at Franklin & Marshall College by Sally F. Griffith. Published in 2010, the book focused on F&M’s history from the 1800s to the early 2000s.

Adams noticed the book’s 1970s portion had very little information regarding women on campus. She said the narrative indicated that all women were accepted, and that very few people opposed their presence in the classroom. What’s more, Black women weren’t mentioned at all.

“I’ve looked through archives at F&M, but what I never find is information on specifically Black women’s experience during this time,” she said. She noted it was even difficult to discern the exact number of Black women on campus in 1969.

Knowing there had to be more to the story, Adams decided to further explore this topic for her American Studies 489: Senior Seminar course. The class assignment was to research and discuss a topic in a podcast format.

“This is an area that hasn’t been studied in F&M’s history and I wanted to look more into it. I’m a Black woman on F&M’s campus and I feel like my presence here at this school is very much influenced by the fact that those women started to come here during that time,” she said. “I thought it was only right to acknowledge them and to find out more information about them.”

In addition to reading Griffith’s book, Adams reached out to F&M’s Alumni Association for a list of Black women who graduated in the early 1970s; searched through archives of F&M’s student newspaper, The College Reporter; and reviewed institutional coverage of the 1973 Commencement ceremony, which featured several graduating women who enrolled in F&M’s groundbreaking class in 1969. She was impressed to discover that Mizan (Roberta) Kirby-Nunes ’73—the only Black woman to graduate that year—spoke at the ceremony.

Suddenly, Adams found herself becoming the primary source on a topic few had explored.

“I just wanted to see where Black women fit,” Adams said. “It’s always nice to see yourself in history. That was really important to me.”

Adams wanted to “push back against” the narrative that the transition to coeducation—and the integration of black women, in particular—was seamless. She interviewed four Black alumni for her podcast: Dr. Sharon Alston ’75, Dr. Gwendolyn Poles-Corker ’75, Yolande Sarchet ’74, and Kirby-Nunes. Adams recalled being excited yet nervous prior to these interviews.

“I didn’t want to open up wounds about their experiences,” she said. “It was a male-dominated campus, and even in my research, I found that although the school itself was accepting, there were some students who were not accepting of women in general—and some faculty members who weren’t, either.”

Throughout these talks, Adams had one goal: to show that Black women were not only present, but socially active in their time on campus. She discovered that the experiences of these pioneering women paved the way for generations of Black women to come at F&M.

“These women telling their stories helped me connect to my own experience at F&M because they set the foundation for me to be here and excel in this space,” Adams said. “Above everything else I learned, my main takeaway was that in discovering a history that was more or less overlooked one can discover a lot about themselves and the similarity in experience to the past that one can possess.”

Hear it In Their Own Words 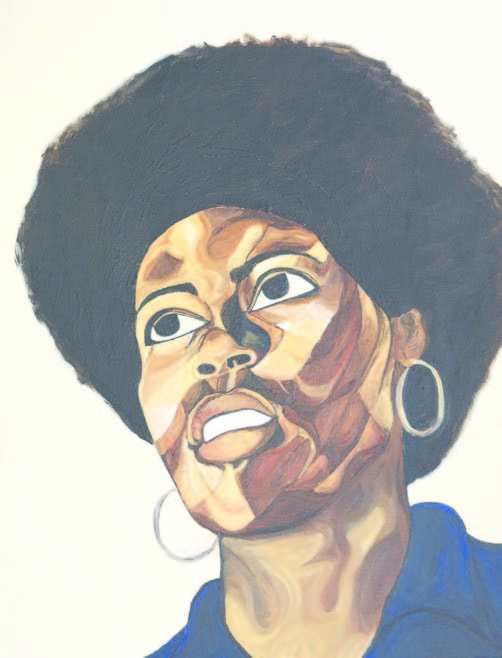