This is the mantra Nick Sousanis brings to his classes at San Francisco State University. An Eisner-winning comics author and associate professor in comics studies, liberal studies and humanities (he draws his syllabi), Sousanis brought this idea to the Franklin & Marshall College community during an Oct. 21 Common Hour.

In his talk, Sousanis shared his experiences writing and drawing his doctoral dissertation entirely in comics form, which was published by Harvard University Press as “Unflattening”. He explained “Unflattening” stemmed from “having a sadness or a worry about this idea of flatness,” something he described as limiting possibilities, lacking in critical dimension and “a place where we forget the wonder of what might be and replace it with how it is.”

Sousanis’ “Unflattening” challenges “how it is” in both subject and presentation. His dissertation argues for the importance of visual thinking in teaching and learning and challenges the forms of learning traditionally found in academic settings—all within a comic book.

Sousanis argues that comics as scholarship is not a new idea, but one we’ve suppressed.

“Using images, making pictures to make sense of our understanding and of our world, is as old as we’ve been us,” he said, describing how comics can be traced farther and farther into history to the 1890s, the 1430s, 107 A.D. and even cave paintings. 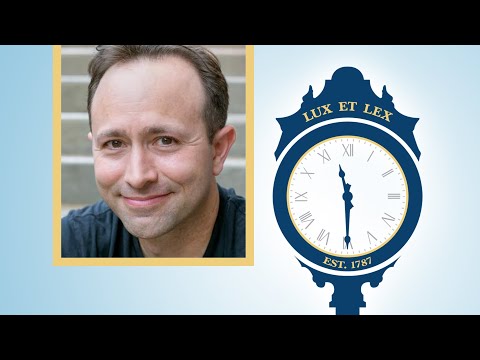 Sousanis himself, as a mathematician and artist, seeks to unflatten the standard of what others traditionally think he should be.

“Someone who makes art and someone who does mathematics—they’re not supposed to be the same person,” he said.

“If you study mathematics, [people] often say, ‘Oh, you’re so smart.’ If you’re known for making art, they say, ‘Oh, you’re so talented.’” he said. “A big goal of my work is that rift between smart and talented...to try to heal that a little bit and say, ‘Maybe we don’t need to keep those so far apart.’”

Sousanis said a lot of his comics work came out of this effort to make people find a common ground by finding ways to remove language that can be divisive, while also making these ideas accessible to a larger audience.

“That idea to strip out language and replace it with visual metaphor really became a hallmark of how I work,” he said. 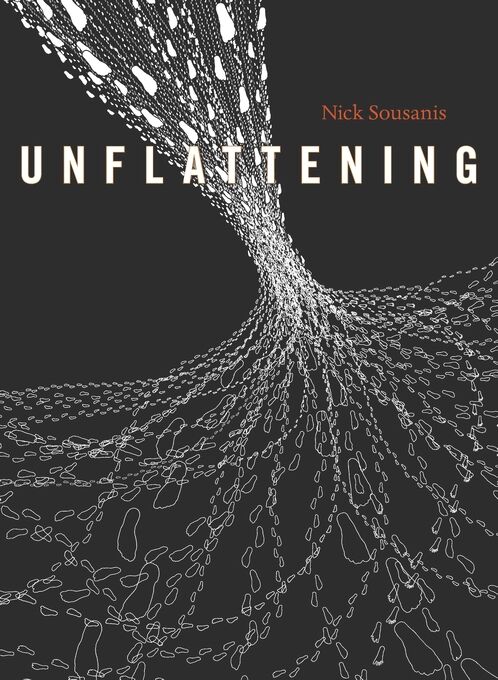