Paul Paz y Miño spoke Oct. 28 from Capitol Hill, where the U.S. House Oversight Committee is conducting hearings into decades of misleading and false information that the oil industry is accused of spreading about the effects of fossil fuel on the environment.

“We could not have imagined when we scheduled this talk that it would turn out happening simultaneously with one of the most important congressional hearings in recent history,” he told Franklin & Marshall College’s Common Hour audience.

“Paul’s going to talk to us about one of the most serious cases of environmental injustice in recent history,” Dawson said. “It involves the illegal dumping of billions of liters of toxic water by Chevron into the Ecuadorian Amazon, the home of a variety of Indigenous peoples in addition to an enormous amount of the world’s biodiversity.”

Dawson described the 20-year case of an environmental rights legal team representing Ecuador’s Indigenous people as “one shocking event after another with headlines being made even in recent days.”

Paz y Miño was on Capitol Hill to help organize Congressional questioning of executives at Chevron and other fossil-fuel corporations about their major human rights and environmental injustices around the world. He encouraged the audience to watch the hearing live online or YouTube, where it is recorded.

“The House Oversight Committee [has called] in the oil execs, as well as the head of the American Petroleum Institute, and is questioning them about climate denial, climate misinformation and their global acts of destruction of our climate,” he said.

“The 16 billion gallons of toxic oil waste that was dumped into the Ecuadorian Amazon is actually just what Texaco admitted to deliberately dumping, but the real number is many times greater, probably well over 100 billion gallons,” he said. “That dwarfs the Deep Water Horizon spill [and] the Exxon Valdez disaster.”

Even though Deep Water and Exxon Valdez were “horrible acts of negligence,” Paz y Miño said, the Chevron case “was the deliberate poisoning of the drinking water of tens of thousands of people and the destruction of ancestral territory for many Indigenous ethnicities for profit.”

Paz y Miño described complicated court cases that took years and resulted in the Indigenous peoples winning a multibillion-dollar lawsuit, only to be reversed in a countersuit by Chevron with the legal team representing the Indigenous accused of conspiring to extort money from Chevron. Even Amazon Watch was attacked for its efforts, he said.

The cases have involved Ecuadorian governments friendly and unfriendly to the United States and its corporations, partial judges, law firms of questionable ethics, and the jailing of one of the environmental justice lawyers, he said.

“This is designed to punish and intimidate,” Paz y Miño said. “It’s not about justice.”

The questionable legal maneuverings and rulings, and the jailing of the lawyer, brought the scrutiny of the United Nations Working Group on Arbitrary Detention, which investigated the matter and ruled the lawyer’s imprisonment was “arbitrary, a human-rights violation [and] that he should not only be released, but also compensated,” he said.

The UN also called for “an investigation into the flagrant partiality of these judges who have presided over his case,” Paz y Miño said.

He directed his audience to read more about the case at chevrontoxico.com. 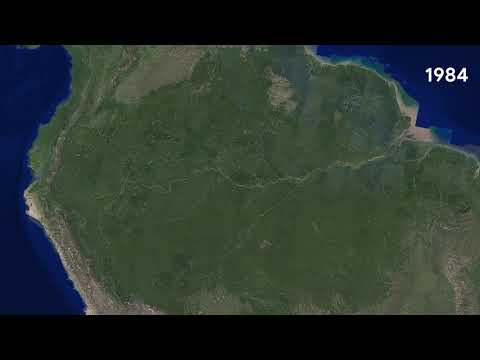 Alone Together: Housing Adviser Finds Rewards in Being...

The pandemic changed the world, college campuses and how students respond and adapt to challenges....