“We live in a changing world – one where the pace of change exceeds historical rates as we can best reconstruct them,” Ardia said.

At a Feb. 10 Common Hour, Ardia discussed how animals interact with this changing world.

Ardia is the 2021 recipient of the Bradley R. Dewey Award for Outstanding Scholarship, a distinction awarded to a faculty member whose research efforts reflect and inspire excellence and enlightened teaching.

“Mass extinctions like we see now remake the geologic and the biological world. My research is focused on understanding how animals interact with this changing world,” he said. 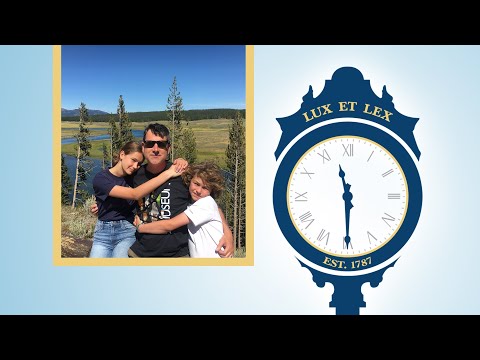 The scientist has conducted research on four continents and recently led a $2.5-million federal grant to study the biology, ecology, reproduction and life history of migratory swallow species in the Americas. In Lancaster, he and his students have investigated the effects of urbanization and land-use patterns on the behavior of red foxes and other carnivores, as well as the effects of nest temperature on immune function and overall health on songbirds in Lancaster County Central Park.

He addressed three themes that underlie how organisms interact with our environment: rapid unpredictable change, novel environments that organisms might never have seen in evolutionary times, and increasingly fragmented landscapes.

Early in his career at F&M, Ardia received a large award through a National Science Foundation program called Partnerships for International Research and Education. The grant allowed Ardia and fellow scientists to spend six years studying swallows across Latin America and Canada.

“This was an enormous collaborative venture with dozens of field assistants, to whom myself and [others] owe an enormous debt of gratitude. Many of those assistants were F&M students who traveled the world studying swallows and learning how to do international research,” Ardia said.

The professor ended his Dewey lecture with a shift to environments closer to F&M’s campus.

Since 2016, Ardia and his students have collected more than 660 camera placements across Lancaster and York counties.

“It has been all I could hope as the students involved have really had an invaluable opportunity to see a field biology project right from planning all the way to data collection, data management, and hopefully long-term data that is useful to local conservation,” Ardia said. 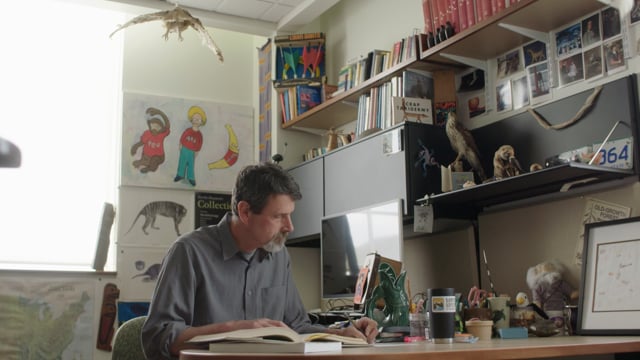 “The core of my identity is as a scientist, doing that work in the lab and especially in the field, traveling around the world to study environmental change." 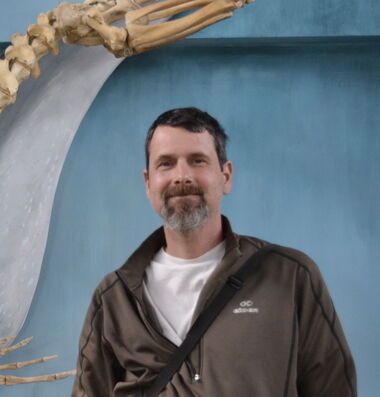 “The big question I'm interested in is how organisms respond to environmental change – and I do that in a lot of different ways,” said Dan Ardia, this year’s recipient of the College’s Bradley R. Dewey Award for Outstanding Scholarship.