The Kremlin's invasion of Ukraine in February added a new dimension to her work – one that felt particularly close to home.

“I am a Ukrainian immigrant who moved here with my parents back in 2012. Only two years later, Russia invaded Crimea,” Synakh said.

As a staff writer for The College Reporter, Synakh is well on her way toward her goal to increase focus on Ukraine and other Eastern European countries through journalism and other media.

Below, Synakh discusses her research motives, methods and findings.

The aim of my thesis is to highlight the less perceptible spheres within the soft-power influence emitted by Russia in foreign affairs, such as misinformation campaigns in Western countries with influence, propaganda campaigns within post-Soviet states that still carry geographic and economic value, and hybrid warfare strategies within adjoining nations which combine the intricacies of both hard (coercive) power and soft (persuasive) power forces.

Through analyzing both policymakers' and foreign policy experts’ perspectives on Russian strategies, considering the historical outcomes of a lack of foreign countermeasures to a rising Russian force in Eastern Europe, and assessing the current state of Russian influence in countries such as Belarus and Ukraine, my research argues for rapid engagement from Western countries and a shift to long-term cost analysis of disregard for Russian power control over Eastern Europe.

As we watched our home country get torn apart [in 2014], the West provided little to no response, despite the existing agreements to protect Ukraine's sovereignty.

Throughout my U.S. education, I saw similar patterns emerging in many conflicts: The U.S., Germany, and other major economic powers had a responsibility to act, but chose to focus on the short-term benefits of inaction. Over the past few years, my interest in Eastern Europe deepened, and by the end of my junior year, I knew I wanted to do a thesis highlighting the often hidden sides of Russian influence, and draw attention to potential long-term outcomes.

I was going to argue that Russia's invasion of Ukraine in 2014 had major international consequences, and was one of many steps of a long-term plan. What was surprising is that before I could even start officially writing, the consequences I was going to predict were already happening.

"Before I could even start officially writing, the consequences I was going to predict were already happening." 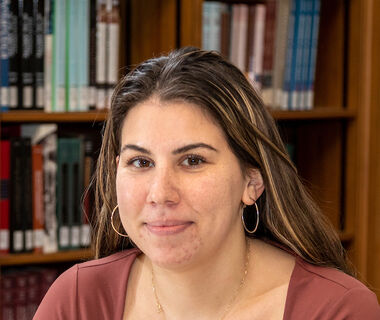 Research is in F&M’s DNA

Research at F&M takes students far beyond the classroom. Explore stories from this year's and previous research fairs, and see the unlimited research opportunities at F&M.