Even Pulitzer Prize-winning authors fight to find their voice.

“I think that's one of the things that we all struggle with – certainly as a writer, but I think that's also true for individuals, and certainly for college students,” said Viet Thanh Nguyen.

As speaker for Franklin & Marshall College’s May 14 Commencement, Nguyen’s speech will focus largely on finding one’s voice and seeking a place in the world.

Celebrated for his 2016 Pulitzer fiction-winner, “The Sympathizer,” and the 2021 sequel, “The Committed,” the author will tackle truth in his upcoming memoir – stitching together family stories and childhood accounts as a Vietnamese refugee in America.

“It's partly a memoir and it's partly my version of the American story,” he said.

A story that, for a time, landed Nguyen in Pennsylvania after fleeing Saigon by boat in 1975 – first at a refugee resettlement camp in Fort Indiantown Gap, then in Harrisburg, just 40 miles west of F&M.

A subsequent family move to California ushered in a difficult decade as immigrant shopkeepers.

No stranger to complexity and controversy, Nguyen weaves it masterfully into his novels.

Part spy thriller and part satire, “‘The Sympathizer’ is written to offend everybody. I've succeeded, judging by my hate mail,” Nguyen said with a laugh.

“I get letters from Americans saying, ‘Hey, you love Vietnam so much? You love communism so much? Go home, love it or leave it,’” he said.

Conversely, the book is deeply critical of Vietnamese communism – so critical, in fact, that the Vietnamese government won't allow Nguyen’s novel to be published there.

“It's a complicated relationship I have with the country,” he said.

It has also been a hurdle in filming Nguyen’s next big venture – an HBO series based on “The Sympathizer.”

The series’ tentative screening date is fall 2023. Robert Downey Jr. (“The Avengers” franchise, “Iron Man”) is on board as co-star and producer.

While Nguyen does not determine casting, he is involved in the creative process, outlining episodes of the story with lead script writers.

The cast will be predominantly Vietnamese, and the writers' room is represented almost entirely by Asian American women.

“It's very rare in Hollywood to have this kind of a writers' room,” he said.

That representation is vital to Nguyen, who frequently pens columns for The New York Times covering immigration, refugees, politics, culture and Southeast Asia.

Nguyen remedies that as a writer, professor and supporter of artists in the Bay Area, where he resides.

“A lot of people feel alone because they happen to be a part of a so-called minority,” he said. “But I think it's so important for people to understand that there are already organizations or groups that exist for them out there, either physically or virtually. And if they don't exist, it's up to you to go out there and build them.”

"When I was in college, it was really clear to me that I wanted to hear more Vietnamese voices." 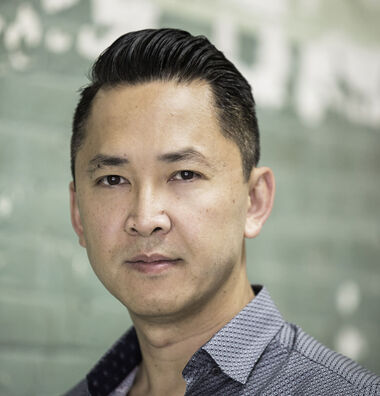