The inaugural Gleaners Film Festival at Franklin & Marshall College Sept. 22-24 will feature director John Waters and “Pink Flamingos,” his 1972 “exercise in poor taste” (trailer in this link), which, at the time of its release, was initially banned in Australia and Switzerland.

“It has become an F&M initiative, and it’s our own curatorial project,” said Moss, the College’s film & media program director and the chair of the Department of Art, Art History & Film.

These portrait documentaries include features on one of the founders of the Common Wheel, a bicycle shop in Lancaster; a local middle school teacher and professional wrestler; and the founder of The Mix, a nonprofit youth enrichment program.

Taylor will operate all of the screening projectors, while Mansaray and Proffitt will work in hospitality. They have been doing publicity, putting up posters around town, and contacting festival sponsors.

“Since this is the first year they’re doing it, we’re like the foundation,” Taylor said. “We’re learning that information now so hopefully in future years, they don’t really have to think about it.”

The students say the collaborative experience filled some of the experience gap COVID caused.

“I felt that by working on this, I’m getting back lost time and some sense that I’m getting an experience I wasn’t able to get before and I won’t necessarily get in the same way when I graduate,” Mansaray said.

The Center for Sustained Engagement with Lancaster provided a grant to help with staging the festival. Moss anticipates the event to become annual, attracting filmmakers of Waters’ stature, as well as prominent and emerging national and international artists.

A Criterion Collection-restored, high-definition version of “Pink Flamingos,” filmed in and around Waters’ hometown of Baltimore, will screen at 6:30 p.m. Sept. 22 at the Colleen Ross Weis ‘85 and Martin Laiks Cinema, located in the Susan and Benjamin Winter ‘67 Visual Arts Center.

This is the 50th anniversary of the film, which the Library of Congress added to the National Film Registry last year for being “culturally, historically, or aesthetically significant.”

Art  installations and a reception will follow the film.

“We're going to have some video and sculpture installations happening in the Winter Visual Arts Center galleries,” Misra said. “Some of the artists have been featured in New York City’s MoMA [The Museum of Modern Art].”

Friday, Sept. 23, features films and contemporary shorts at the Weis and Laiks Cinema and Zoetropolis Cinema Stillhouse in downtown Lancaster. Screenings are free, but tickets are required.

That evening at 7:30 in F&M’s Ann & Richard Barshinger Center for Musical Arts is “False Negative: An Evening with John Waters.” The semi-comedic performance features the filmmaker talking about his career, his early negative artistic influences and his fascination with true crime.

Tickets for this event went on sale Aug. 12. The prices are $30 for standard seats and $60 for VIP tickets.

Starting at 10:30 a.m. Saturday, the Local Shorts Program in the Weis and Laiks Cinema will feature the student documentaries and highlight two Lancaster artists: James Hollenbaugh, a contemporary filmmaker screening “The Sticklet Weaver,” and Madeline Anderson, a McCaskey High School and Millersville University graduate whose acclaimed 1970 short, “I Am Somebody,” was preserved by the Library of Congress.

“Madeline Anderson is the first Black woman to ever produce a documentary that aired on television,” Moss said. “‘I Am Somebody’ is an incredible film.”

Focus on Film and Media Studies at Franklin & Marshall College
“I felt like working on this I’m getting back lost time and some sense that I’m getting an experience I wasn’t able to get before and I won’t necessarily get in the same way when I graduate.” 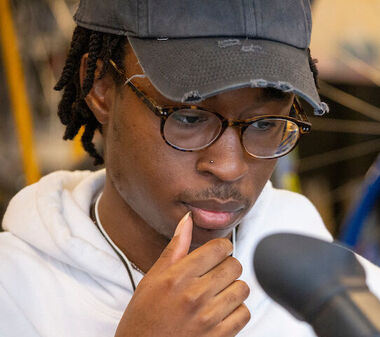 Idris Mansaray
“Madeline Anderson is the first Black woman to ever produce a documentary that aired on television.‘I Am Somebody’ is an incredible film.” 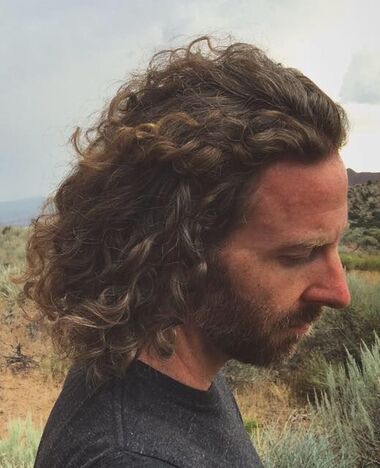