On the heels of a United States Foreign Service internship, Franklin & Marshall College junior Munahil Sultana will continue her path toward international diplomacy with the backing of the Obama Foundation.

This week, Sultana was named to the Foundation’s inaugural cohort of Voyager scholars.

Launched by former President Barack Obama and Michelle Obama, and Airbnb CEO Brian Chesky, the two-year program supports students pursuing careers in public service with an academic scholarship, exposure to travel and connections to a network of leaders.

In a competitive pool of 1,800 applicants, only 100 students across the nation were awarded the scholarship. 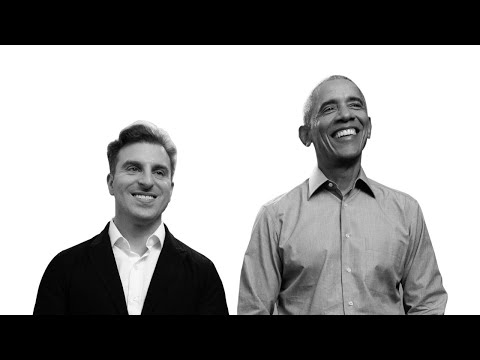 “I plan to work in foreign policy and promote healthy and secure communities for women around the world. I hope to develop policy that leads to a safer world for women and to rebuild healthy relationships with the United States in the Middle East-Northern Africa region,” said Sultana, who is from New York City.

She was inspired by Malala Yousafzai, a Pakistani activist for female education who survived an attempted assasination by the Taliban in 2012.

“Recognizing that women around the world lack access to basic education and resources, I hope to work with local communities to understand the systematic barriers that prevent them from attaining these resources,” said Sultana, the first member of her family born in the U.S.

“Seeing someone be so brave in the face of adversity, so powerful, and have the ability to change the lives of millions of women really empowered me to make a difference with the power and resources that I have. And for me, I knew that I needed to concentrate on preventing gender-based violence and preventing domestic violence,” Sultana said.

“Muna’s drive, mission and abilities shine through in everything she does at F&M. It’s an incredible honor and benefit for her to be one of the nation’s first Voyager scholars. She is part of the young cohort who will make a real and lasting difference in the world,” said F&M President Barbara Altmann.

After graduation, Airbnb will provide a travel credit every year for 10 years to allow students to continue to broaden their horizons and forge new connections throughout their public service careers.

Currently, Sultana is completing a two-year commitment as part of the Foreign Service internship program. She spent the past summer interning at the State Department in Washington, D.C. Next summer, Sultana will complete a 10-week assignment in a U.S. embassy or consulate abroad.

From there, she will piece together the details of her life-changing Voyager experience.

“These young Voyagers believe in a fairer and more inclusive world, and they’re ready to help us address important challenges in new ways. I can’t wait to see what they accomplish through public service,” said Obama in a press release.

The Voyager Scholarship supports students pursuing careers in public service with an academic scholarship, exposure to travel and connections to a network of leaders.