Center for Politics and Public Affairs

The Center for Politics and Public Affairs, established in 2004, fosters the study of politics and public policy. It is under the auspices of the College's Floyd Institute for Public Policy Analysis.

The Center holds public and campus forums and specialized sessions dealing with a wide variety of public and political matters. In addition, it sponsors specific lectures and seminars with other institutional and community partners for the purpose of stimulating discourse on political and policy issues.

In addition, the Center coordinates various fellowships and internship programs, conducts public policy and political research, publishes its own research on policy and political topics, and oversees the Franklin & Marshall College Poll (formerly the Keystone Poll), the oldest Pennsylvania statewide poll exclusively directed and produced in the state.

The Center is located on the third floor of the Harris Center on the F&M campus in Lancaster, Pennsylvania.

The Center for Opinion Research is the home of the nationally recognized Franklin & Marshall College Poll, which surveys citizens about public policy and political issues in Pennsylvania and nationally. Widely praised for its accuracy, this is the oldest statewide poll exclusively directed and produced in Pennsylvania.

Thirty-seven percent of registered voters in Pennsylvania believe President Donald Trump is doing an “excellent or good job,” similar to Barack Obama’s standing at this same point in his presidency,...

In bipartisan efforts to engage students in political conversations, the chairs of Pennsylvania’s Democratic and Republican parties will appear April 9 for a student-organized forum on civil... 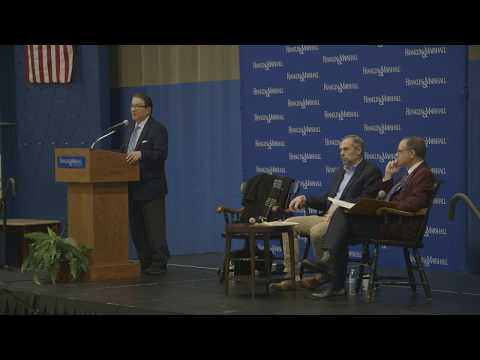 What Now? The Causes and Consequences of the 2018 Midterm...

Seventy-one percent of Pennsylvania’s registered voters say they are “very interested” in the midterm elections that will decide who controls Congress, the state legislature and the governor’s office... 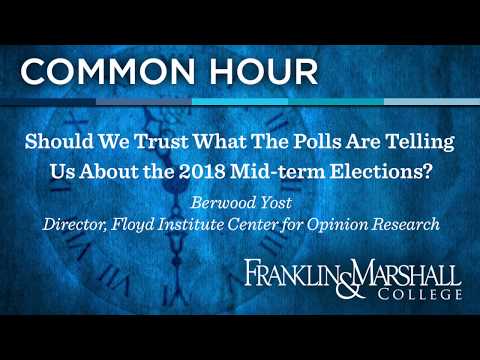 Should We Trust What The Polls Are Telling Us About the 2018...

Nine months of a tumultuous administration has taken a toll on President Donald Trump’s job performance rating, but his core supporters in Pennsylvania stand firmly with the Republican, according to...